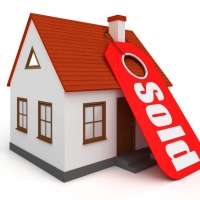 When is the Best Time to Sell?

A lot of considerations go into selling your home. It can often be a chaotic time—you’ll be choosing a Real Estate Agent, making necessary improvements, coordinating showings and open houses, and possibly shopping for your new home as well. But one consideration many people overlook is how the time of year affects the sale.

In Canada, where there are four distinct seasons, seasonal influences play a large part in creating good selling conditions. Wintertime brings with it a series of challenges, among them the weather, holiday distractions and lack of interest from buyers, therefore the market usually slows down during this season.

While late spring through early summer tends to be the best period to sell your home namely (May and June). Sales data shows that houses sold during this time frame sell quicker (18.5 days on average) and often for a marginally higher asking price.

As with every rule, there are exceptions. While May shows the highest average odds, your mileage may vary for the following reasons:

1-Climate.  You need to adjust to your local climate, If you live close to the southern borders, you may be able to benefit from the weather much earlier than someone who lives in the northern areas where warm, sunny weather is rarer. Adjust your selling window accordingly.

2-Location. While a downtown condo will be snapped up quickly, suburban and rural properties may take longer to sell. Even nicer homes in planned subdivisions take longer to sell if they’re in sparsely populated areas. If your home is off the beaten path, you should begin the listing process earlier, or plan for a longer listing period, to give yourself and your potential buyers a bit more time.

3- Competitive Market. Some markets are much more competitive than others, meaning you may need to jump the gun a bit to beat out other early listers. In highly competitive markets, it’s also generally easier to sell in the off-season since eager buyers are more plentiful year-round.

The Bottom Line While there is no “magic day” to sell your home, putting your home on the market in late spring or early summer increases your chances of a quick sale and a higher profit margin. Decide on your target “sell by” date and work backward from there to ensure you hit your mark!