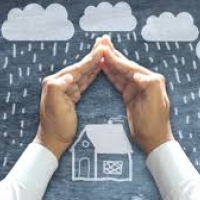 What is Title Insurance?

Title insurance is growing in popularity in Canada. But what is it exactly? Should you get it? Do you need it? Whether title insurance is right for you is something you should discuss with your lawyer, as it depends on the circumstances of your transaction. This article will provide you with some background information about title insurance to help you make an informed decision.

Title to Property
The title is the legal term for ownership of property. Buyers want a "good and marketable" title to a property - a good title means title appropriate for the buyer's purposes; a marketable title means title the buyer can convey to someone else. Prior to closing, public records are "searched" to determine the previous ownership of the property, as well as prior dealings related to it. The search might reveal, for example, existing mortgages, liens for outstanding taxes, utility charges, etc., registered against the property. At closing the buyer expects the property to be free of such claims, so normally they must be cleared up before closing. For example, the seller's mortgage will be discharged and outstanding monetary expenses (such as taxes and utility charges) will be paid for (or adjusted for) at closing.

Sometimes problems (or defects) regarding the title are not discovered before closing or are not remedied before closing. Such defects can make the property less marketable when the buyer subsequently sells and, depending on the nature of the problem, can also cost money to remedy. For example, the survey might have failed to show that a dock and boathouse built on a river adjoining a vacation property was built without permission. The buyer of the property could be out-of-pocket if he is later forced to remove the dock and boathouse. Or, the property might have been conveyed to a previous owner fraudulently, in which case there is the risk that the real owner may come forward at some point and demand their rights with respect to the property.

Who is Protected with Title Insurance?
Title insurance policies can be issued in favour of a purchaser (on new/resale homes, condos, and vacation properties), a lender, or both the purchaser and lender. Lenders will sometimes require title insurance as a condition of making the loan. Title insurance protects purchasers and/or lenders against loss or damage sustained if a claim that is covered under the terms of the policy is made.

Types of risks that are usually covered under a title insurance policy include survey irregularities; forced removal of existing structures; claims due to fraud, forgery or duress; unregistered easements and rights-of-way; lack of pedestrian or vehicular access to the property; work orders; zoning and set back non-compliance or deficiencies; etc. For a risk to be covered, generally, it has to have existed as of the date of the policy. As with any type of insurance policy, certain types of risks might not be covered, for example, native land claims and environmental hazards are normally excluded. Be sure to discuss with your lawyer what risks are covered and what is excluded.

The insured purchaser is indemnified for actual loss of damage sustained up to the amount of the policy, which is based on the purchase price. As well, some policies have inflation coverage, which means that if the fair market value of the property increases, the policy amount will also increase (up to a set maximum).

How Long is the Insurance Coverage?
In the case of title insurance covering the purchaser, title insurance remains in effect as long as the insured purchaser has title to the land. Some policies also protect those who received title as a result of the purchaser's death, or certain family members (e.g., a spouse or children) to whom the property may have been transferred for a nominal consideration.

In the case of title insurance covering a lender, the policy remains in effect as long as the mortgage remains on title. A lender covered under a title insurance policy is insured in the event the lender realizes on its security and suffers actual loss or damage with respect to a risk covered under the policy. Lenders are usually covered up to the principal amount of the mortgage.

Protection and Peace of Mind
Title insurance can help ensure that a closing is not delayed due to defects in the title. And, if an issue relating to title arises with respect to a risk covered under the policy, the title insurance covers the legal fees and expenses associated with defending the insured's title and pays in the event of a loss.