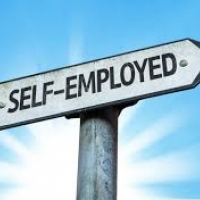 Some Relief for Self-employed Borrowers

Self-employed Canadians will be happy to hear that CMHC is willing to make some changes that will make it easier to qualify for a mortgage.

In an announcement on July 19, 2018, the CMHC has said “Self-employed Canadians represent a significant part of the Canadian workforce. These policy changes respond to that reality by making it easier for self-employed borrowers to obtain CMHC mortgage loan insurance and benefit from competitive interest rates.” — Romy Bowers, Chief Commercial Officer, Canada Mortgage and Housing Corporation. These policy changes are to take effect Oct. 1, 2018.

Traditionally self-employed borrowers will write-off as many expenses as they can to minimize the income tax they pay each year. While this is a good tax-saving technique, it means that often a realistic annual income cannot be established high enough to meet mortgage qualification guidelines.

Normally CMHC wants to see two years established business history to be able to determine an average income. But the agency said it will now make allowances for people who acquire existing businesses, can demonstrate sufficient cash reserves, who will be expecting predictable earnings and have previous training and education.

Take for example a borrower that has been an interior designer with a firm for the past eight years and in the same industry for the past 30 years, but just struck out on his own last year. His main work contract is with the firm he used to work for, but now he has the ability to pick up additional contracts from the industry in which he has vast connections.

Where previously he would have had to entertain a mortgage with an interest rate at least 1% higher than the best on the market and have to pay a fee, now he would be able to meet insurance requirements and get preferred rates.

The other change that CMHC has made is to allow for more flexible documentation of income and the ability to look at Statements of Business Professional Activity from a sole-proprietor’s income tax submission to support Add Backs of certain write-offs to support a grossing-up of income. Basically, recognizing that many write-offs are simply for tax-saving purposes and are not a reduction of actual income. This could mean a significant increase in income and buying power.

It is refreshing after years of government claw-backs and conservative policy changes to finally see the swing back in the other direction. Self-employed Canadians have taken on the burden of an often fluctuating income and responsible income tax management, all for the ability to work for themselves. These measures will help them with the reward of being able to own their own home as well.