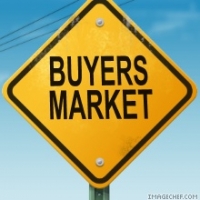 Rising interest rates and stricter mortgage requirements have reduced home buyers’ purchasing power, particularly for those at the entry level of our Canadian market. The supply of apartment and townhome properties for sale today is unable to meet demand. On the other hand, the detached home market is beginning to enter buyers’ market territory.

Condo sales are in fact driving the number of properties sold at the moment. Due to demand, the condo market is experiencing some price recovery. Units in the lower price points of the condo market are likely moving rapidly because of the limited supply in the rental market which is yet another factor at play. The lack of availability is essentially forcing renters into condo ownership.

As we move further into the spring and summer months, growth in sales and selling prices is expected to pick up relative to last year. Expect stronger price growth to continue in the comparatively more affordable townhouse and condominium apartment segments.

"When TREB released its Outlook for 2018, the forecast anticipated a slow start to the year compared to the historically high sales count reported in the winter and early spring of 2017. Prospective home buyers are still coming to terms with the psychological impact of the Fair Housing Plan, and some have also had to reevaluate their plans due to the new OFSI-mandated mortgage stress test guidelines and generally higher borrowing costs," said Mr. Syrianos.

The MLS® Home Price Index Composite Benchmark was up by 3.2% on a year-over-year basis for the TREB market area as a whole. This growth was driven by the apartment and townhouse market segments, with annual benchmark price increases of 18.8% and 7.5% respectively. Single-family detached and attached benchmark prices were down slightly compared to February 2017. The overall average selling price for February sales was down 12.4% year-over-year to $767,818. However, putting aside the price spike reported in the first quarter of 2017, it is important to note that February's average price remained 12% higher than the average reported for February 2016, which represents an annualized increase well above the rate of inflation for the past two years.

"As we move further into the spring and summer months, growth in sales and selling prices is expected to pick up relative to last year. Expect stronger price growth to continue in the comparatively more affordable townhouse and condominium apartment segments. This being said, listings supply will likely remain below average in many neighbourhoods in the GTA, which, over the long-term, could further hamper affordability," said Jason Mercer, TREB's Director of Market Analysis.