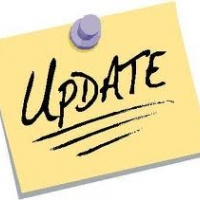 Sales through the TREB MLS in April 2018 on a year-over-year basis were down by just over 32 per cent. Compared to April 2017, which had the highest average sale price on record for the Board, April 2018’s average selling price was down by 12.4 per cent. April’s average sales price was 0.2 per cent below the average sales price in March this year. The month-to-month sales numbers suggest a leveling over the past two months from the drops seen in January and February of this year, and might further indicate that the impact of the tougher new mortgage qualification rules introduced January 1st may already be moderating.