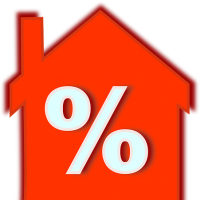 After the Rate Hike...Fixed vs Variable?

It’s the perennial question homebuyers ask themselves and one that’s getting a lot of attention these days: should I go fixed or variable?

And the answer may have just become a little more complicated now that the Bank of Canada (BoC) has raised its overnight target rate to 1.50%.

The rate increase, which affects variable rate mortgages and Home Equity Lines of Credit (HELOCs), as well as the BoC’s statement that suggests more rate hikes are on the way, are weighing on consumers trying to decide between fixed or variable mortgage rates.

First let’s take a look at what the Bank of Canada did this week:

◦Suggested more rate hikes are to come with the following line: “Governing Council expects that higher interest rates will be warranted to keep inflation near target and will continue to take a gradual approach, guided by incoming data.”

The Forecast for Future Hikes:

There’s little guesswork needed to know rates will continue to go higher as per the BoC’s desire to keep inflation “on target.” The big unknown is the timing of those increases given unpredictable geo-political and economic events (e.g., trade wars) that could delay or even end the rate hike cycle.

For now, at least, most observers expect paced rate hikes over the next couple of years.

“The bias to the overall set of communications was more hawkish than markets expected at the margin and it leaves the door open to considering two more rate hikes before year-end relative to our present forecast for one more hike,” Scotiabank economist Derek Holt wrote in a research note. He noted that will largely be dictated by economic data and trade policy risks. “…at this point it is feasible that the BoC goes again in September… It is also unclear whether expedited near-term hikes alter the longer-run end point or simply bring it forward.”

Many financial experts have weighed in on the fixed-variable debate in recent days, and most seem to share the point of view that variables still nearly always win over their fixed rate counterparts in terms of interest savings.

And it seems many Canadian mortgage consumers are taking that advice. A recent CIBC survey found that despite 72% of Canadians believing interest rates will rise over the next 12 months, only half (54%) of those would currently choose a fixed rate. Of those remaining, 19% say they would select a variable and 26% are undecided.

In a blog post published prior to the BoC’s rate decision, mortgage planner Dave Larock noted that when considering a variable rate it’s important to take a long-term view since market fluctuations, “even severe ones,” get smoothed out over time.

“For variable-rate borrowers, that means looking beyond late-cycle surges in inflation and focusing instead on the more powerful longer-term deflationary trends that are driven by factors like demographics, technological advances and today’s elevated debt levels,” he wrote. “For my part, I continue to believe that every rate hike by the BoC brings us closer to our next policy-rate cut.”

He added variable-rate borrowers should consider that “there hasn’t been a single period over the last 28 years (which is as far back as the BoC data go) where variable rates didn’t decline at least once in any five-year period.”

Rob McLister, founder of RateSpy, has also been drawing attention to the benefits of a variable rate, despite this rising rate environment.

“The more rates increase, the more we could see informed borrowers choosing variable rates,” he wrote, adding that the risk of a variable rate is arguably declining the higher rates go. “Prime – 1.00% or better (if you can get it) gives you a big head start.”

The Safety of Fixed Rates:

For those who can’t handle rate fluctuations or who simply want to sleep better at night knowing what their rate will be for the next several years, or even those who truly believe floating rates will skyrocket over the next couple of years, the roughly 1.00% premium on today’s 5-year fixed rates is the price of security.

James Laird, co-founder of RateHub and President of CanWise Financial, said this week’s BoC decision has spurred a number of his variable-rate clients to consider the safety of a fixed rate.

“After the rate hike all of our clients who currently have variable rates are reaching out to discuss whether they should lock into a fixed rate,” Laird told CMT. “For those clients who are paying their mortgage down rapidly, or who have a small balance outstanding, variable remains a good choice. But for those clients who have a mortgage that is close to their maximum affordability, locking in is probably a good idea to reduce risk.”

He notes that full-featured 4-year fixed rates below 3.00% are a popular option, while the most risk adverse could also consider a 7-year fixed at around 3.34%.

McLister agrees that the 4-year term is a good tradeoff for the security of a fixed for less than the premium of a 5-year term.

“You’ll save over 10-30 basis points versus most 5-year fixed mortgages, with more flexibility to refinance sooner without penalty,” he wrote. However, he added there are currently no competitive 4-year fixed rates for refinances, and that fixed-rate refi shoppers would do better to consider a 5-year fixed instead.