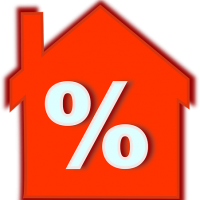 The Bank of Canada has been easing off on interest hike chatter in the last number of weeks.  I just wanted to share this article with you, which I thought is a good read and forecasts what you can expect in January.

Back in October it was all “clear sailing and full steam ahead”.  Now the forecast is calling for “headwinds and choppy seas with poor visibility”.

When the Bank of Canada bumped its trend setting rate to 1.75%, the economic statement spoke of full capacity, full employment, growing wages and rising inflation.  The Bank and market watchers were confident interest rates would continue their measured, upward march.

But that straight path has taken a turn, and in December the Bank of Canada did not move up, it stepped aside.

The central bank is being dictated by international developments; expanding trade disputes, obstructive tariffs and falling oil prices are weighing on the Canadian economy.  The uncertainty has led to a pull-back in business investment and projections for GDP growth have been reduced.

The Bank of Canada has also softened its stance on future rate hikes.  It had been saying rates would have to climb to their neutral level – neither stimulating nor retarding the economy.  Now it says rates will have to rise into the neutral range.  The Bank is not saying what that range is, only that we will know it when we see it.  Given the inflation forecast we may be much closer to that range than previously thought.